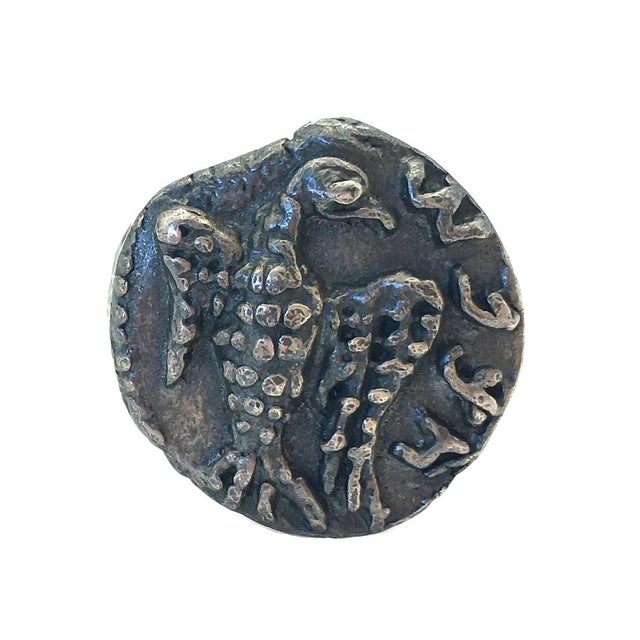 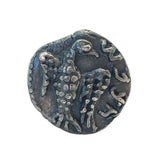 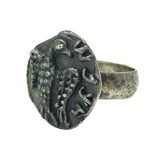 Sterling silver 925 “Freedom” / “falcon” Ring: inspired by a real and ancient coin from Israel, 2000 years old. The falcon was the symbol of the king of Judea, the Jewish king. The Jewish people who were under the siege of the Roman empire, could carry their own coins as currency, but the highest metal allowed was silver. The falcon resembled the Roman eagle, and therefor was accepted by the Romans. However, it was a hidden symbol that meant that the king of Judea was their true king. The artist was inspired by the ancient original coin and its story. Born as a free Jewish woman in the free country of Israel, The artist replaced the name of the Caesar from the original coin design to the Hebrew word “Freedom” = “cho-fesh” , written in ancient Hebrew letters.

Add to Cart
Thank you for giving Galit the opportunity to increase beauty in your life.